How to run Node.js on IIS

April 08, 2015
In this post you will learn how to run Node.js applications on IIS Server. As you know, Node.js is an open source, cross-platform runtime environment for server-side and networking applications. This is mostly written in JavaScript, and can be run within the Node.js runtime itself installed on Windows, Linux etc. Node.js was originally invented in 2009 by Ryan Dahl, and other developers working at Joyent.


So, there is standalone node run-time available to run Node application on Windows, Linux etc, but there are some sort of requirement when we host Node.js web applications on IIS. In this case we need to fire-up live node server from IIS, so that standalone run-time is not required.

In this post I'll walk you through steps to ready IIS Server to host Node.js Applications.

Install IISNode Module on IIS Server, you can download this module from https://github.com/tjanczuk/iisnode

When you open above link, you will see x86 or x64 binaries, click to download you binary.

Once you done, step ahead.

Setup an IIS Website and create a server.js file on the application root and try to access http://localhost:port/server.js file. Once you see output like below, means Node.js application is up and running on IIS Server.

Even if you see some sort of error when Node.js starts, ignore them as of now, all you need to see is HTTP 200 Response.

In case you would like to watch the steps mentioned above, here is recorded screen-cast. 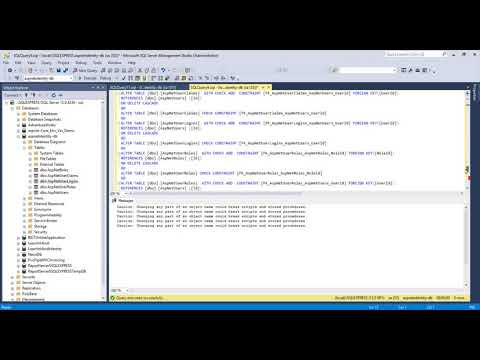